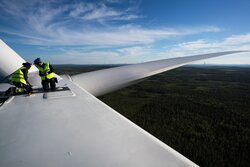 © Nordex SEBremen (renewablepress) - wpd has signed an agreement with Nordex Group for the supply of wind turbines for the onshore project Stöllsäterberget in Sweden. For the 47 MW project owned by wpd europe, Nordex will supply eight N163/5.X turbines and will provide premium service for the turbines over the period of 15 years, with an extension option for a further five years.

With the Stöllsäterberget project, wpd is further expanding its position on the Swedish market, after the Aldermyrberget project (17 WTGs, 71.4 MW) in northern Sweden was last commissioned in 2020. With its Swedish national subsidiary wpd Scandinavia AB, the company will develop and connect to the grid a number of further projects in central and northern Sweden in the coming years.

The project site is located on the border between the two regions of Dalarnas Län and Värmland. Preparatory construction works on the wind farm access roads have begun in October 2021. The turbines are scheduled to be installed in mid-2023. These will be supplied in the cold-climate variant with an anti-icing system for the rotor blades, enabling operation even at temperatures as low as -30°C and thus high annual energy production can be expected due to less downtimes.

“With our Stöllsäterberget project, we are extending the good cooperation between wpd and Nordex," says Johanna Bohn, Country Manager for Sweden at wpd. "Our entire Swedish team is very pleased that we can now implement our first joint project with Nordex in Sweden and thus together make another important contribution to achieving the national climate targets," adds Maria Röske, Managing Director at wpd Scandinavia AB.

"We are delighted with what is already the third order from wpd for N163/5.X turbines in the Nordic countries and the trust placed in us once again," says Patxi Landa, CSO Sales and Marketing at Nordex Group. "With the Stöllsäterberget project, we are jointly continuing in Sweden what we started with the agreement on turbine deliveries for the Finnish wpd projects Karhunnevankangas and Nuolivaara scheduled for 2022."

The green electricity generated is marketed with a “pay-as-produced” PPA, which has been concluded with the international technology company Microsoft. With Stöllsäterberget, wpd is further expanding its contribution to decarbonization in Northern Europe.

wpd develops and operates onshore and offshore wind farms and solar parks, and is actively engaged in 28 countries around the world; the head office is in Bremen. The German company has already realized wind energy projects with around 2,400 wind turbines and an output of 5,150 MW, and is planning further projects with a total of 12,300 MW onshore, 13,800 MW offshore and 1,650 MWp solar energy.

The Nordex Group has installed over 37 GW of wind energy capacity in over 40 markets and generated turnover of around EUR 4.6 billion in 2020. The company currently employs over 8,500 staff and has a production network that includes factories in Germany, Spain, Brazil, the USA, India and Mexico. Its product range focuses on onshore turbines, primarily in the 4–5.x-MW class, which are designed to meet market requirements in countries with limited space for expansion and regions with limited grid capacity. 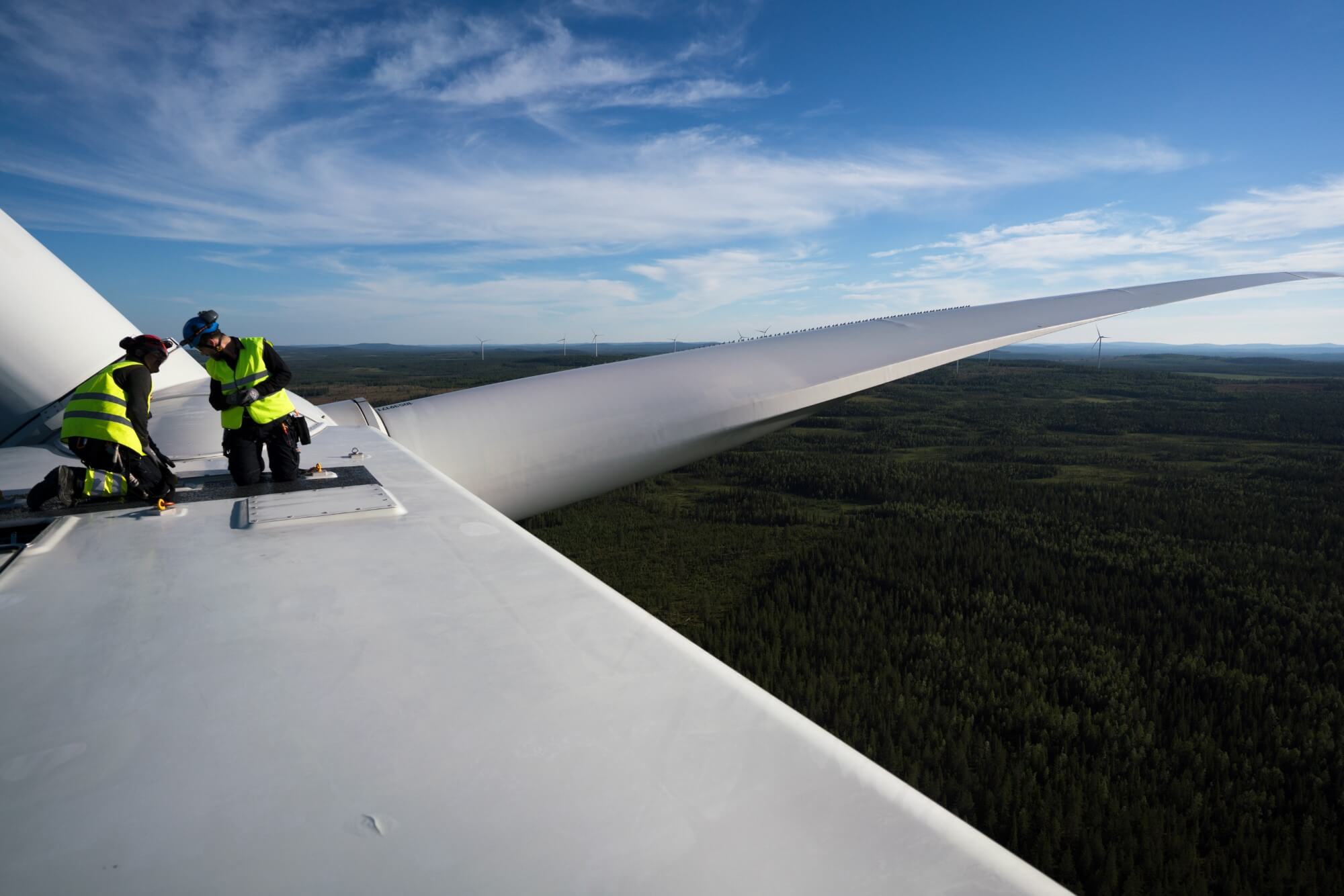