Evidence of the increasing market maturity of subsidy-free renewable energies in Germany: Solar park Metzdorf II
© juwi AG
Wörrstadt/Tübingen (renewablepress) - In Metzdorf in Brandenburg, around 50 kilometers northwest of Frankfurt an der Oder, the juwi group has built a 7.8-megawatt (MW) solar park and has now successfully handed it over to the operator, Stadtwerke Tübingen (swt). The special fact about the project: The solar park in the district of Märkisch-Oderland does not require the EEG remuneration. Planning, construction and marketing took place completely outside of the German Renewable Energy Sources Act (EEG). The project is thus further evidence of the increasing market maturity of renewable energies in Germany.

"We are breaking new ground with the Metzdorf II project in Germany," says Björn Broda, Head of the Renewable Energies Germany (EED) division at juwi. “Juwi is marketing the project without EEG remuneration and without a power purchase agreement (PPA). Our partner, Stadtwerke Tübingen, is the buyer of the solar park and at the same time provides the PPA for the project company. We expect that such models with municipal utilities and energy suppliers, who then market the generated electricity in their own portfolio, will also gain in importance in the future for PV systems of this size. It is a question of portfolio management and financing whether the operator structures the project with or without a PPA."

The construction of the project started in November of last year. The commissioning is planned for February. For Stadtwerke Tübingen, the purchase of the solar park is an important component in its green electricity portfolio. By 2024, the company wants to cover 75 percent of Tübingen's total electricity needs with green electricity from its own assets. The current figure is around 64.7 percent, to which the new “Metzdorf II” solar park will bring an increase of 3.3 percent.

“In the meantime, Stadtwerke Tübingen have established a greater total capacity in the photovoltaic sector than in wind power, even if this energy source still offers a greater electricity yield in the context of renewables. With our recent acquisitions, we have greatly expanded solar power, while wind power has been experiencing a real boom for some time,” says Ortwin Wiebecke, Managing Director of Stadtwerke Tübingen. “This development shows how important solar energy is for the energy transition and that it will continue to play a key role in the coming years regarding the Tübingen climate targets for 2030. Thanks to long-term partners such as juwi, we can take decisive steps on our expansion path with new solar parks."


Long-term partnership in the wind power and photovoltaic sector

Swt has a long-term project partnership with juwi. However, “Metzdorf II” is the first solar park takeover after three wind parks that juwi has developed and built for swt and the KommunalPartner - an amalgamation of six municipal utilities based in Baden-Württemberg.

The “Metzdorf II” solar park is located in the Brandenburg district of Märkisch-Oderland on 8.7 hectares of arable land and has an output of 7.8 megawatts. In 2011, juwi built a solar park in the direct vicinity of the current plant - although this was still within the EEG remuneration. "Projects like Metzdorf II enable the urgently needed addition of new PV capacity, since they can also be implemented on areas outside the EEG area backdrop," emphasises Björn Broda. "In order to achieve the climate goals and the development of cost-effective regenerative energy generation capacities, however, additional land designations for EEG solar projects and an increase in the PV tender volumes are urgently required." 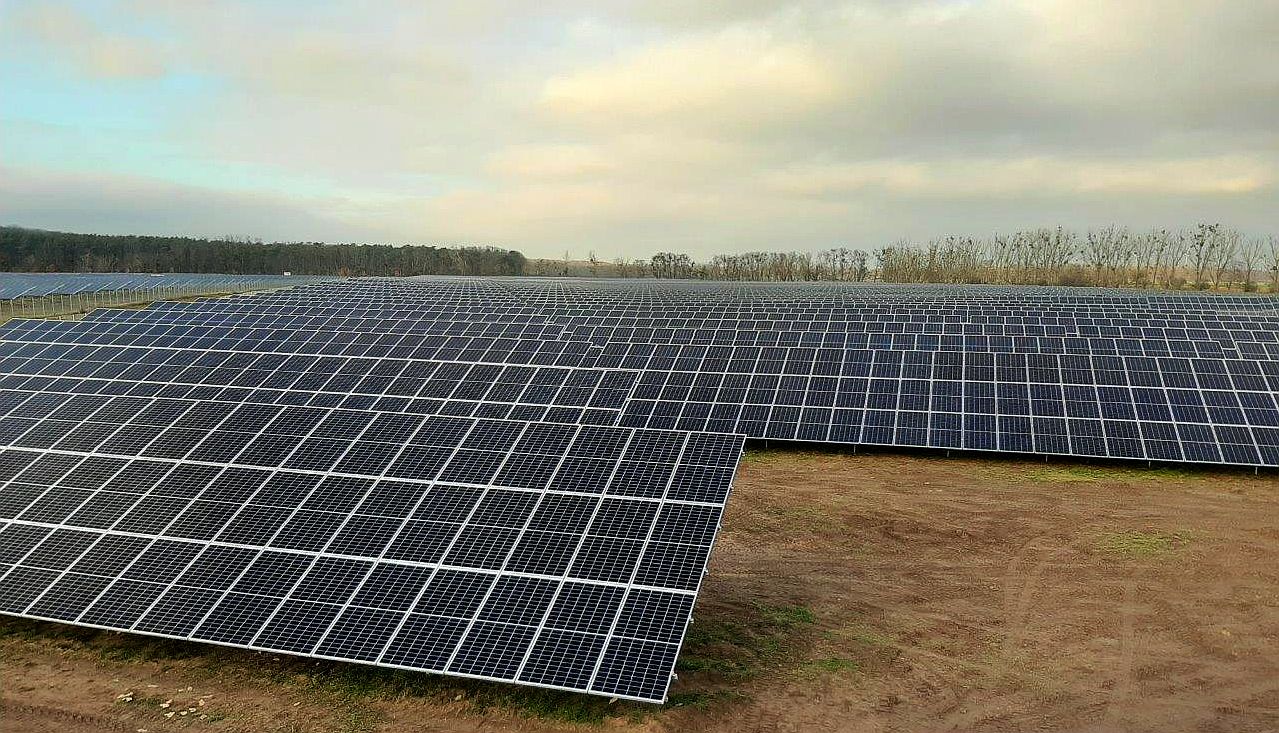