The Auzay project is located in the municipality of Auchay sur Vendée, Département Vendée, in the Pays de la Loire region of north-west France. Here nine wind turbines (WTG) of the Enercon E-138 EP3 type with a total capacity of almost 36 MW are to be erected.

wpd was awarded the contract for the project at the end of 2017 in the first French round of tenders. The new tenders introduced at that time were initially designed for two rounds of 500 MW each and a total of 3,000 MW per year. The lively participation in that first round of tenders and the resulting average price of 65.4 €/MWh for 20 years was seen in France at the time as a clear sign of the competitiveness of wind energy compared to the predominant nuclear energy. wpd's Auzay project is thus making an important contribution to the French energy turnaround.

With the signing of the contract for the supply of the turbines, the next step in the realization process for the wind farm has been taken. Already in February, the order for the so-called anchor baskets marked the start of the foundation construction. According to the schedule, the first turbines will already be installed in October with the result that the first WTGs can be expected to be commissioned as early as December of this year.

"Thanks to the tireless efforts of the teams and partners, the planning is on target," says Lars Müller, Head of Equipment Acquisition Wind at wpd. "It is good to be able to rely on proven cooperations especially in challenging times". Thomas Hähnel, Key Account wpd in ENERCON Sales, adds: "We are pleased by the trust that wpd has placed in our turbine technology and in us as a company. Together, we want to further promote the energy turnaround in Europe".

wpd AG develops and operates onshore and offshore wind farms and solar parks, and is actively engaged in 25 countries around the world; the head office is in Bremen. The German company has already realized wind energy projects with around 2,270 wind turbines and an output of 4,720 MW, and is planning further projects with a total of 11,300 MW onshore, 7,400 MW offshore and 1,150 MWp solar energy.
www.wpd.de

ENERCON is a leading international wind turbine manufacturer based in Aurich, Germany. The company was created in 1984 by Dr. Aloys Wobben and is among the five world’s largest wind turbine manufacturers. ENERCON is recognized as a technology and innovation leader: It is known for its pioneering gearless drive concept and for the largest patent portfolio in the industry. In total, ENERCON has delivered more than 30,035 onshore wind energy converters, with a combined power generation capacity of 52.3 Gigawatts (as of Q2/2020). 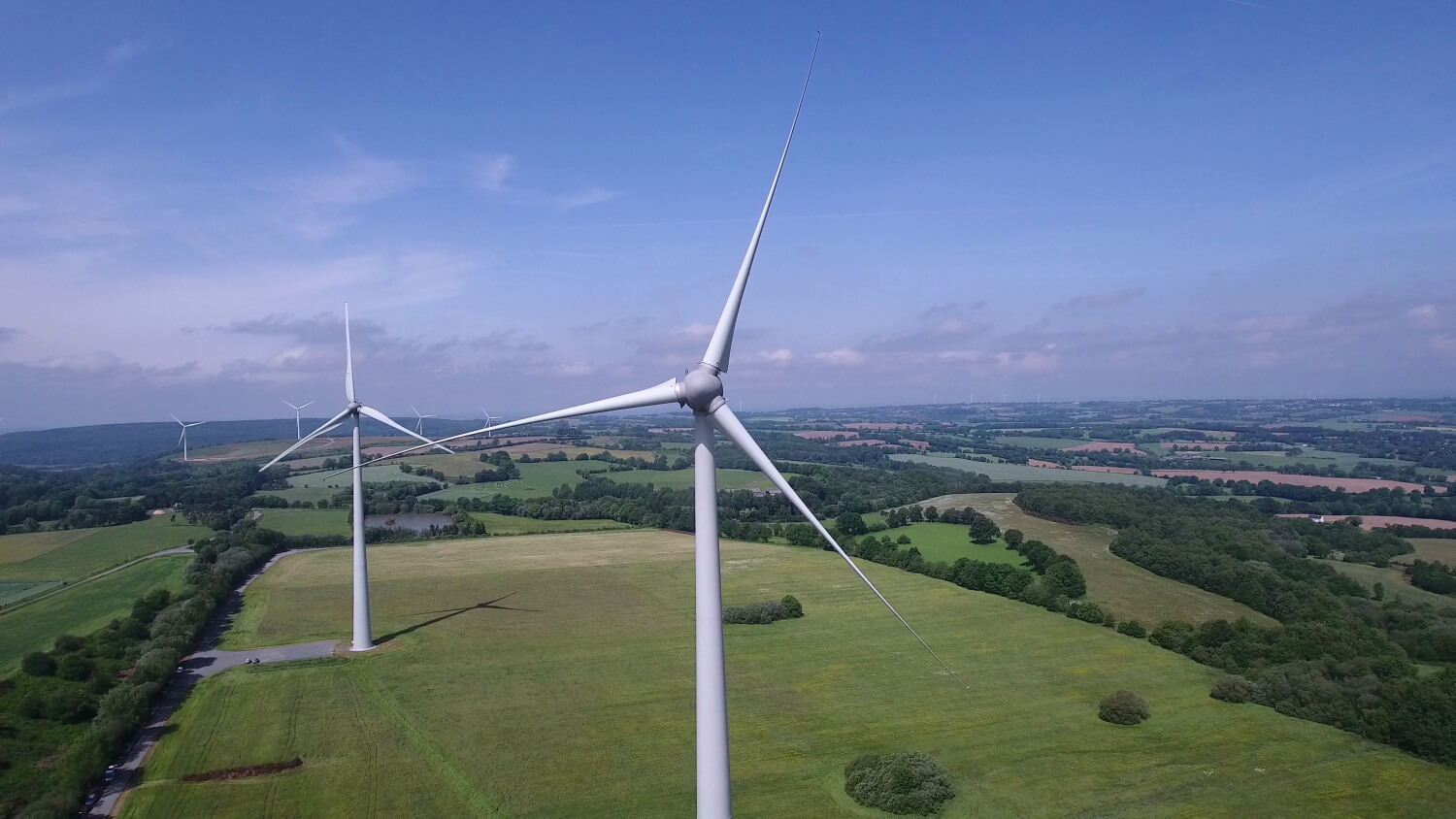 wpd is a developer and operator of wind farms both onshore and offshore, acting worldwide. Since 1996, wpd has installed 2,200 wind turbines with a total of 4,450 MW. Currently more than 1,500 MW are held as assets. A group staff of 2,200 is committed to wind energy in 21 countries. Internationally, wpd is planning projects in the scope of 8,725 MW onshore and 7,250 MW offshore. For years, wpd has been awarded the first-class “A” rating by the Euler Hermes agency (Allianz Group). Besides the favourable status quo analysis, this external assessment of creditworthiness also illustrates the company’s excellent future prospects.

wpd has played a determining role in helping to shape the wind industry since its early beginnings. The foundation for wpd was laid over two decades ago in Bremen. To this day, the head office is in the Hanseatic city. The former two-man operation has developed into a solid, mid-sized company.