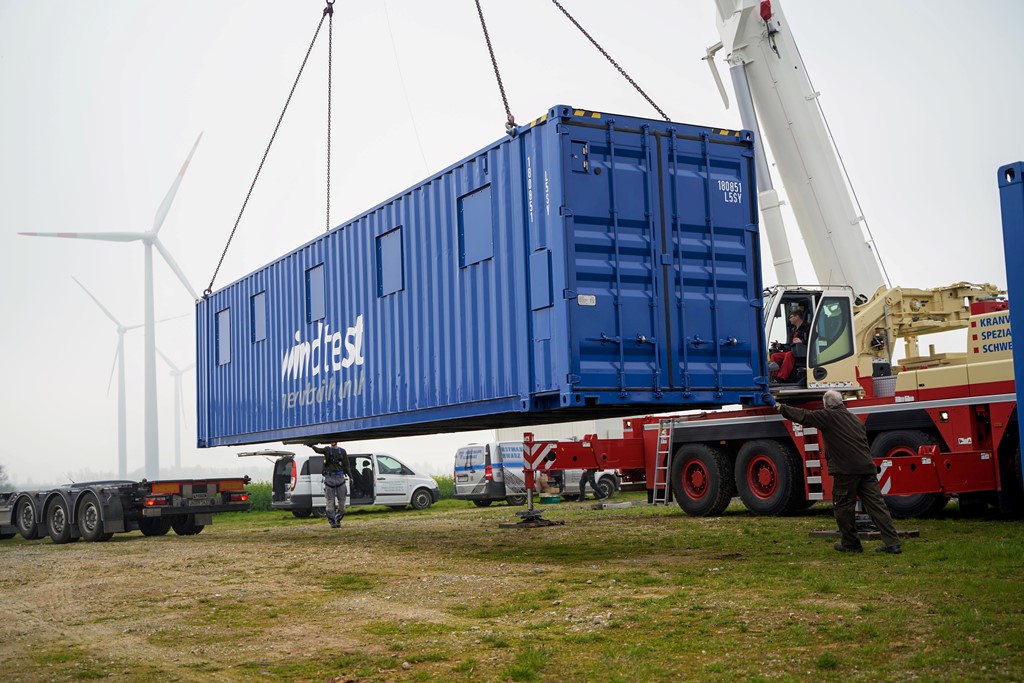 Grevenbroich (renewablepress) - In the middle of April, windtest grevenbroich gmbh (wtg) put another container into operation for testing the grid compatibility of energy generation units. The container for carrying out fault-ride-through tests (FRT tests) is designed for use in the medium-voltage grid and can measure any type of energy feed device, whether a wind turbine, combustion engine, storage device or photovoltaic inverter.

The provision of system services such as dynamic grid support is becoming increasingly important due to the growing number of power generation units distributed over wide areas. Among other things, generation units must stabilise the grid in the event of sudden voltage changes. This applies to both over-voltage ride through (OVRT) and under-voltage ride through (UVRT) events. By means of FRT tests conducted by independent measurement service providers such as windtest grevenbroich, generation units must prove their grid-stabilising properties according to many national and international standards - in Germany, for example, according to the VDE Application Regulations 4105/4110/4120 and 4130.

Compact and mobile system for units of all sizes

In order to be able to satisfy the growing demand not only from manufacturers, but also plant and grid operators for FRT tests, wtg had already taken the final investment decision on the acquisition of a third test container in June 2018. Finally, on April 8, the new mobile container was delivered to the test field for wind turbines in Grevenbroich. This went into operation just two days later.

"With our new container we will be one of the few suppliers that are able to measure generation units of all sizes in the future, even beyond 10 megawatts. As a result, we are expanding our service portfolio to include another important field," says Michael Brand, Group Manager for Grid Integration at wtg.

Over the next few weeks the new FRT container will be measuring a Vensys 120 which was erected at the end of 2015 in the test field in Grevenbroich. wtg has already signed subsequent measurement contracts for further wind turbines and combustion engines.

Since 1996, windtest grevenbroich gmbh has offered a wide range of services for the renewable energy sector, including measurements of power performance, loads, electrical characteristics and acoustic noise as well as site evaluations to establish site quality, wind, yield or shadow impact. The team of windtest grevenbroich supports and advises wind park developers, project planners, banks and insurance companies, is involved in national and international standardization committees and working groups, and plays a leading role in the MEASNET cooperation. windtest grevenbroich owns and operates several test fields, has completed more than 5,000 projects worldwide in the last 20 years, and in early 2014 established a subsidiary in the USA.

Delivery of the new FRT container to the test field in Grevenbroich.
© windtest grevenbroich gmbh (wtg) 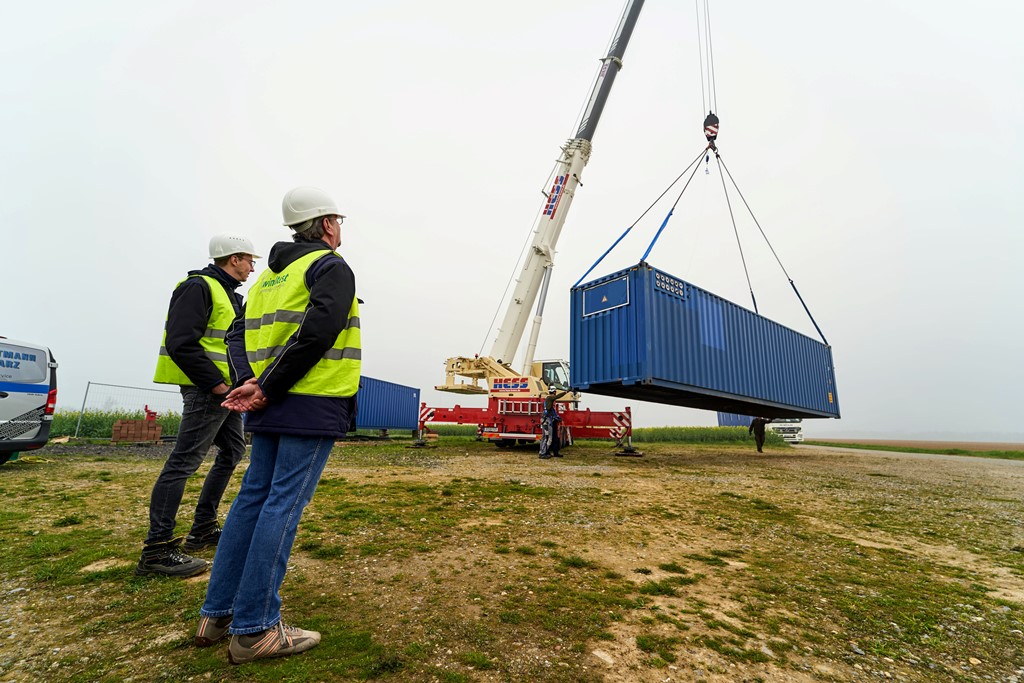 Delivery of the new FRT container to the test field in Grevenbroich.
© windtest grevenbroich gmbh (wtg)